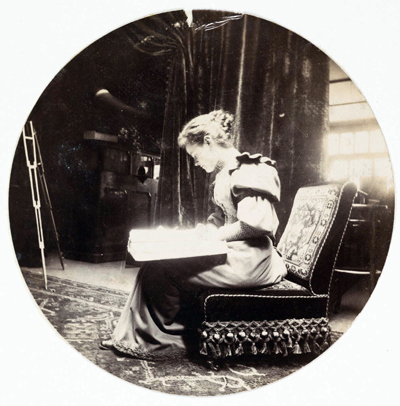 For the second year, we’ve compiled our own Best Books of the Year lists. Here are the adult fiction books we enjoyed most; all were published in 2016. On Wednesday, we’ll publish a list of our favorite non-fiction adult books and next Monday, our picks for the best young adult and children’s books that were published this year.

Allegiance of Honor by Nalini Singh: This is the 15th book in Singh’s Psy/Changling epic paranormal romance series, where she ends her first story arc and starts the second one. A mixture of politics, love, rebellion, world building, love, leopards and wolves, telepathy and love. Start at the beginning with “Slave to Sensation” or you will never be able to keep up with the large ensemble cast. — recommended by Ceil in Doylestown

Chronicles of a Last Summer by Yasmine El Rashidi: I have decided to challenge myself to read more diverse authors in 2017, and I got an early start with this debut novel that looks at the life of an Egyptian girl at three pivotal periods of her life and the effects political unrest has on her and her family. I think Rashidi is still finding her voice as an author, but for a first book, it was very good. — recommended by Andrew in Bensalem

Cooking for Picasso by Camille Aubray: This is a historical fiction book with romance and factual information about the life of Picasso. The story covers several generations of women in southern France and their search for a missing valuable piece of art. — recommended by Cheryl in Yardley

Dictionary of Mutual Understanding by Jackie Copleton: This is a historical fiction book about the bombing of Nagasaki and a grandmother’s early life memories and how her career decisions influenced the life of her daughter and her family. Family secrets lead to twists in the plot and a wonderful story. You will need to endure the brief beginning of the text where the author wrote graphic accounts of the survivors’ conditions to get to a wonderful book about love and family. — recommended by Cheryl in Yardley

Friends of the Dusk by Phil Rickman: I’ve spent most of the year reading the “Merrily Watkins” series from Phil Rickman. It’s about an Anglican priest who has been drafted into service as the deliverance minister aka exorcist and her dealings with church politics, a teenaged daughter, a new romance, and things that go bump in the night. Rickman doesn’t have a new book coming out until 2017, but these are worth the read (and muddling through the British-isms). — recommended by Karen in Doylestown

Hell Bay by Will Thomas: This is the ninth Barker and Llewelyn mystery, which strands our duo on an island estate with an unknown killer. People start dropping like flies. Sherlock Holmes meets Agatha Christie’s “And Then There Were None.” — recommended by Ceil in Doylestown

I Let You Go by Clare Mackintosh: This was really a great read. I listened to it as an audiobook, and I’ve recommended it to many, many patrons. It’s enjoyable in either format (book or spoken word). It’s similar to “Girl on the Train” or “Gone Girl” for people who like mysteries with a shocking twist, and it also has some great police procedurals in it if you’re a fan of that. There are also some beautifully descriptive scenes. This novel is the author’s first book, and I can’t wait to see what she comes out with next! — recommended by Kate in Doylestown

Last Call at the Nightshade Lounge by Paul Krueger: Who knew that bartenders were the magical, mixological saviors of the world? — recommended by Karen in Doylestown

Lilac Girls by Martha Hall Kelly: Spanning more than 20 years in the lives of three women from Poland, based on real people and events, Kelly’s debut brings historical facts to startling life. If you enjoyed “The Nightingale” by Kristin Hannah, you will love this book also. — recommended by Terri in Riegelsville

Small Great Things by Judy Picoult: Bestselling author Picoult’s latest page-turner is inspired by a Flint, Michigan event in which a white supremacist father refused to allow an experienced African-American labor and delivery nurse to touch his newborn. — recommended by Terri in Riegelsville

Swing Time by Zadie Smith — recommended by Neil in Perkasie

Truly, Madly, Guilty by Liane Moriarty: Six adults and their children spend an awkward afternoon at a neighborhood barbecue. What could go wrong? This intriguing and suspenseful novel will keep you guessing to the end to find out just what unfortunate event happened to change everything on the day of the barbecue. — recommended by Kathleen in Levittown

When Falcons Fall by C. S. Harris: The 11th Sebastian St. Cyr historical mystery finds our sleuth in Shropshire, investigating the suspicious death of a local artist. He finds the victim’s search for her true identity a mirror for his own search for the truth of his tangled ancestry. One book per year is just not enough. — recommended by Ceil in Doylestown

The Wonder by Emma Donoghue: It’s set in a very different time and place from “Room,” her previous novel — rural Ireland in the 19th century, where a young girl has been said to have eaten nothing for four months. Is it a miracle or a fake? Lots of twists and turns and unforgettable characters. — recommended by Alison in Bensalem

The Woman in Cabin 10 by Ruth Ware: I loved this fantastic mystery with dark twists and turns and lots of surprises. — recommended by Emily in Quakertown