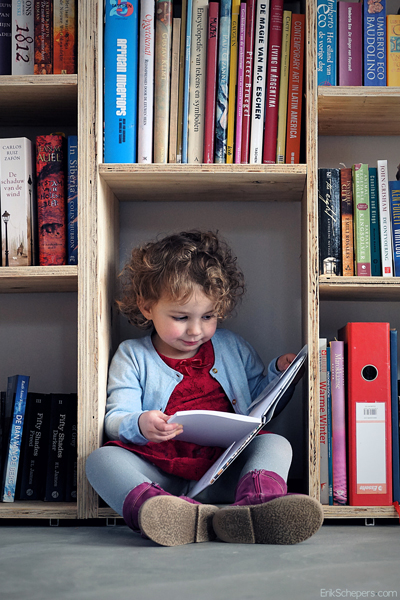 Here are our picks for the best children’s and young adult books of 2015. We published our favorite adult fiction and non-fiction books last week.

Bug in a Vacuum by Melanie Watt — A very interesting picture book with beautiful illustrations that tells a funny, yet bittersweet tale about a fly that goes through the five stages of grief after being sucked into a vacuum. — recommended by Jen and Lenore at Langhorne

Meet the Dullards by Sara Pennypacker — About a mom and dad who are very boring and only want their children to be exposed to very boring things. The illustrations are vivid, and the story is very clever and will definitely get a lot of laughs from parents and children alike. — recommended by Jen at Langhorne

Mr. Postmouse’s Rounds by Marianne Dubac — The illustrations are AMAZING in this book about a mouse that delivers mail to several different animals while they are in their homes. The illustrations are incredibly detailed and very cute. Great for fans of Richard Scarry! — recommended by Jen at Langhorne

Rude Cakes by Tara Welch — This book is hilarious and a great choice if you are trying to teach your child about manners. It’s about a cake who is, as you could guess, QUITE rude and is eventually taught by example to be polite by a few very nice cyclops. — recommended by Lenore at Langhorne

What Pet Should I Get? by Dr. Seuss — The legend of Dr. Seuss comes back to life in this newly-published picture book. It features Seuss’ typical rhythmic writing style and the two children from One Fish, Two Fish, Red Fish, Blue Fish as they visit a pet store and try to choose the perfect pet. — recommended by Kathleen in Levittown

Where’s Walrus? And Penguin? by Steven Savage — In this sequel to the acclaimed Where’s Walrus? children’s picture book, Savage brings us another entertaining illustrated book! Walrus has escaped the zoo again, but this time with a feathered penguin friend who is up for just as much mischief and adventure as he is! — recommended by Kathleen in Levittown

You’re a Crab!: A Moody Day Book by Jenny Whitehead — This book does a fantastic job of talking to kids about emotions, while not shaming anybody (children and grownups alike) for having them — recommended by Rachel in Langhorne

Auggie & Me by R.J. Palacio — After reading Wonder, I was very excited to read the three extra stories in this collection. They were just as emotional and heartfelt as the original story, and I enjoyed learning more about the characters who did not get as much attention in the first book. I especially loved the redemption of Julian’s character. You learn that there is more than what meets the eye in the ways we interact with and treat each other. — recommended by Naomi in Warminster

Diary of a Wimpy Kid: Old School by Jeff Kinney — Kinney strikes again with book ten in the Diary of a Wimpy Kid series. Old School explores the idea to see if life was truly better in the old days, before all of the modern day technologies took over. After a kid named Greg and his town decide to cut out all use of electronics to truly go “old school,” the conveniences of modern day innovations become quickly missed! (junior fiction) — recommended by Kathleen in Levittown

Francine Poulet Meets the Ghost Raccoon by Kate DiCamillo  — In this installment of DiCamillo’s Tales from Deckawoo Drive, we are (re-)introduced to Animal Control Officer Francine Poulet. She’s just a really great, unique character. Super confident and flawed. A lot of character development is packed into this short tale! (younger elementary) — recommended by Rachel in Langhorne

George by Alex Gino — Books about the transgender experience are rare, and those about transgender children are almost nonexistent, so it was nice seeing such an engaging and relatable book on the subject. This is a book that can appeal to people of all ages and is authentic without being sappy or preachy. The book has a simple writing style, making it easy to understand, and is a very fast read. — recommended by Naomi in Warminster

Guys Read: Terrifying Tales edited by Jon Scieszka — “Eleven masters of suspense have come together to bring the reader a bone-chilling collection of original ghost stories with illustrations by Gris Grimly.” — recommended by Neil in Perkasie

The Honest Truth by Dan Gemeinhart — Covering a topic that is always hard to deal with, this is a heart-wrenching book about a boy diagnosed with cancer who decides to accomplish his life goal of climbing Mt. Rainier. It is a definite page-turner and was impossible to put down until I reached the end. The relationships between Mark and his best friend Jessie, as well as between Mark and his loyal dog Beau, feel very real. — recommended by Naomi in Warminster

The Jumbies by Tracey Baptiste — For kids in grades 4 to 8 who like scary books. A group of friends battle an evil creature trying to take over their island. The monsters come from Caribbean folklore, and I thought they were truly terrifying! — recommended by Emily in Quakertown

Roller Girl by Victoria Jamieson — Fantastic. Awesome characters. Every kid I know who’s read this has loved it. (graphic novel, juvenile) — recommended by Rachel in Langhorne

Sunny Side Up by Jennifer Holm — This is an age-appropriate look at some pretty deep concepts, concepts that for a lot of young readers may be their reality (or their peers’). (graphic novel; late elementary school)— recommended by Rachel in Langhorne and Katharine in Doylestown

The Terrible Two by Mac Barnett, Jory John, and Kevin Cornell — This book is very lighthearted and fun, and genuinely made me laugh. The illustrations throughout the book were cute and tied in nicely with the story. I am very much looking forward to the sequel! — recommended by Naomi in Warminster

Why is this Night Different from All Other Nights by Lemony Snicket — “Train travel! Murder! Librarians! What happens at the end of the line? The final book in Lemony Snicket’s bestselling series, All the Wrong Questions.” — recommended by Neil in Perkasie

Everything, Everything by Nicola Yoon — “The story of Maddy, a girl who’s literally allergic to the outside world, and Olly, the boy who moves in next door . . . and becomes the greatest risk she’s ever taken. This innovative and heartfelt debut novel unfolds via vignettes, diary entries, illustrations, and more.” — recommended by Katharine in Doylestown

The Hollow Boy by Jonathan Stroud — This is the third book of the Lockwood & Co. series. All of these books are incredible, but the third just came out this September. They are deliciously creepy and eerie, while also being fun and cheeky at the same time. The storylines of the novels are also incredibly unique and great page-turners! — recommended by Jen at Langhorne

Honor Girl by Maggie Thrash — All the headiness and illogic of falling in love as a teenager. The illustrations in this graphic novel are dreamy. — recommended by Rachel in Langhorne

Illuminae by Amie Kaufman and Jay Kristoff — Told strictly through diary entries, hacked emails, top secret military files, and more, this tale begins with a boy and girl breaking up just as their planet is being invaded. On separate spaceships trying to outrun the attackers, the two teens must work together to solve the mystery of why their planet was attacked and who is actually behind the attack. — recommended by Holly in Doylestown

The Library of Souls by Ransom Riggs — Third (and last) in Miss Peregrine series, this book “blends thrilling fantasy with never-before-published vintage photography to create a one-of-a-kind reading experience.” — recommended by Neil in Perkasie

Nimona by Noelle Stevenson — Nimona is a really interesting character. An engaging story with twists and turns, and while it is labeled “young adult,” this graphic novel is appropriate for a wide range of readers (my 11-year-old sister loved it). — recommended by Rachel in Langhorne

SuperMutant Magic Academy — AAAH! This graphic novel is so cool. Funny and feminist (in a funny way, trust me). — recommended by Rachel in Langhorne

We Were Liars by E. Lockhart — This was a great read, but also showed a lot of family love in the face of horrendous tragedy. — recommended by Heather in Northampton